If you didn’t know, now you know. I am a fan of everything and anything Harry Potter. I have read all the books, watched all the movies…I even have Harry Potter movie marathons at least once a year.

So it may come as a surprise that I have only recently read the latest Harry Potter novel released in 2016- Harry Potter and the Cursed Child by J.K Rowling, John Tiffany and Jack Thorne.

Trust me, I get it- this book recommendation is a bit behind the times.

I understand that many of you Harry Potter fans had most likely picked up and read the novel when it was released; and if you aren’t a Harry Potter fan then you’re probably thinking- ugh…Harry Potter? This review is not for you. The following review is for those avid fans who, like me, didn’t purchase the book when it was released -either because it was written like a script or since it was written by “multiple authors” other than, but including, J.K Rowling.

After receiving Harry Potter and the Cursed Child for Christmas, I felt a push to finally read the last installment of the Harry Potter series (though I am praying there is more to come).

Let me just say that after all of these years without a Harry Potter book or movie in my life, this was a real treat! I thoroughly enjoyed and cherished this read to the fullest.

After being so invested in Harry Potter, I had put off reading this book thinking it would be different and not like the rest. I thought that since it was written like a script it would be hard to read and since there were more authors listed other than J.K Rowling, that it wouldn’t capture the same voice familiar to the series. But I am here to admit I was wrong. I was wrong!

Harry Potter and the Cursed Child has the same voice we all know and love. The novel is written in acts and describes each scene at the beginning of each, allowing you to picture everything the same as you would while reading a novel.

I am currently kicking myself for not reading it sooner and am awaiting those fellow Harry Potter fans in my life, to finish reading for themselves so I can discuss how great it is!

I am on a Harry Potter high and don’t want to come down. I want to go see the play in London or New York and then hope they eventually make it into a movie with the original actors/actresses. I also want more Harry Potter novels! I feel like there’s so much material now that the kids are in Hogwarts themselves.

BUT if nothing else is to come of the Harry Potter series (again- fingers crossed there is more) I am happy that I have at least gotten to experience Harry Potter once again in 2019.

Until we meet again, Harry Potter.

Side note: I will be visiting Orlando, Florida shortly and guess what attraction is at the top of my list?….

I hope this has motivated you in some way to get on your cozy reading socks (yes- it’s a thing), curl up and read some Harry Potter. 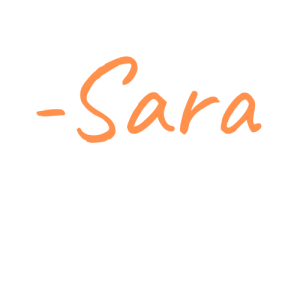